Kimetsu No Yaiba or demon slayer is probably one of the most popular manga in 2019. Even kimetsu no yaiba whose age is still below One Piece is able to rival the popularity of One Piece. Many anime and manga are recommended for you KNY lover to see because they are similar to kimetsu no yaiba / demon slayer. 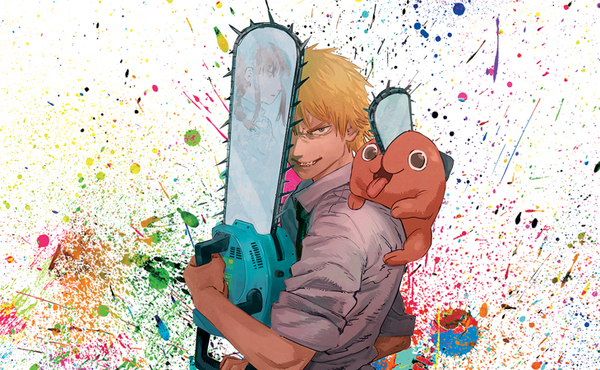 Just like KnY, Chainsaw Man is a relatively new manga series. Although new, this manga is as exciting as KnY and is quite similar from several aspects. Tell about denji, When denji’s father died, Denji was stuck with a huge debt and no way to pay it back. Thanks to the help of a Devil dog he saved named Pochita, though, Denji is able to scrape by as a Devil Hunter working for the Yakuza. When the mob betrays Denji and he’s killed by a Devil, Pochita sacrifices himself to revive his former master. Now Denji has been reborn as some kind of weird Devil-Human hybrid. He is now Chainsaw Man!

This series does not really have a plot similar to KnY but is full of demonic killing and incredible battles. Our main character, Denji, is reborn as a demi-human named Chainsaw Man who fights with two saws in his hand and one in his face. He was recruited into a group called Public Safety Devil Hunters. He develops and hunts demons with his new group as Demon Hunters.

Both of these series also have a similar tone which over time the tone of the story gets darker.


If you haven’t read Attack on Titan, you’re really outdated. If you think it’s not the manga that suits you but on the other hand can enjoy Kimetsu no Yaiba then there is something wrong with your life choices.

Attack on Titan actually has a lot in common with Kimetsu no Yaiba. Both of these series have enemies of a terrifying species who are also hunted by the main characters as an act of revenge for the death of their family. Both of these series also provide deeper insights as the series continues. Another example of equality is the existence of organizations that specialize in hunting these species, such as the Demon Slaying Corps (Kimetsu no Yaiba) which is tasked with hunting demons and Survey Corps (Attack on Titan) which is tasked with hunting Titan.

Ajin really looks like he’s sleeping in a manga line that people know. Even though the manga that has been adapted to live action is really good and deserves attention. Unfortunately, aside from the good film, the manga itself is underrated.

Ajin: Demi-human presents the story of a student named Kei Nagai, who discovers he is an “Ajin” when he is fatally wounded in a traffic accident. In the world of Ajin, a small number of humans (termed “Ajin”) possess extreme regenerative abilities that trigger upon death or mortal injury, allowing them to completely recover from their wounds in a matter of seconds to such an exceptional extent that not only can missing limbs be restored, but Ajin can fully regenerate after being turned into literal meat patties. Additionally, Ajin can create “black ghosts”, which are highly dangerous combat-oriented entities that are invisible to normal humans and only visible to other Ajin. “Black ghosts” are resistant to physical injury and exhibit extraordinary physical strength, and have razor-sharp teeth and claws. Different “black ghosts” have varying degrees of intelligence. For example, most “black ghosts” are completely reliant on their Ajin for directions, and others, such as that of Kei’s, are more independent and likely to engage in self-initiated actions.

Ajin is a series in which there is a creature called Ajin. These creatures cannot die and can control living things. Just like the Demon Slayer, the main character starts a series that lives in his own perfect world which then changes because of a tragic incident that changes things for the worse. This incident caused the main character to have to learn to fight with his Ajin.


If you like action manga with gore elements, then this manga is for you! Jujutsu Kaisen started with the main protagonist named Yuuji who did normal things but after he joined the occult club his life changed.

Just like Hunter X Hunter and Kimetsu no Yaiba, the series begins with the main character who finds a group for his adventure.

The tones are also very similar, with light tones beginning and turning dark quickly. Tension is increasing and our protagonist must rise up with his group and protect what he cares about. Another great recommendation if you like action and gore like Kimetsu no Yaiba is Parasyte. Parasyte is a manga with a story beginning like most of the ones on this list. The main character lives a perfect and normal life until something big happens that changes everything.

In the case of the Parasyte’s main character, Shinichi, he gets a heroic alien parasite called a Parasyte that attaches to his hand which can speak and turn into whatever Shinichi needs. Together they must fight the remaining Parasytes who have invaded planet Earth.

Parasyte centers on a male 17-year-old high school student named Shinichi Izumi, who lives with his mother and father in a quiet neighborhood in Tokyo, Japan. One night, strange worm-like creatures with drills as a ‘head’ called Parasytes appear on Earth, taking over the brains of human hosts by entering through their ears or noses. One Parasite attempts to crawl into Shinichi’s nose while he sleeps, but fails as Shinichi wakes up, and enters his body by burrowing into his arm instead. In the Japanese version, it takes over his right hand and is named Migi, after the Japanese word for ‘right’; Tokyopop’s 1990s English version, in which the images are flipped horizontally, has the Parasite take over Shinichi’s left hand and it is named Lefty.

Because Shinichi was able to prevent Migi from travelling further up into his brain, both beings retain their separate intellect and personality. As the duo encounter other Parasites, they capitalize on their strange situation and gradually form a strong bond, working together to survive. This gives them an edge in battling other Parasites who frequently attack the pair upon realization that Shinichi’s human brain is still intact. Shinichi feels compelled to fight other Parasites, who devour humans as food, while enlisting Migi’s help. 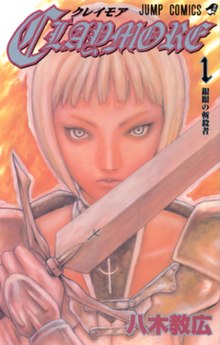 This manga is a classic manga that is somewhat underrated. This is also one of the manga that we feel has the same beat that KnY has.

The series is set on a fictional medieval island where humans are plagued by Yoma, humanoid shape-shifters that feed on humans. A mysterious group, known as The Organization, creates human-Yoma hybrids to kill Yoma for a fee. These female warriors wear armored uniforms. The public refer to them as “Claymores,” alluding to their Claymore swords, or “Silver-eyed Witches,” due to their silver eyes.

Yoma and Claymore warriors alike are powered by a demonic energy, Yoki, which allows shape-shifting and extreme strength. When warriors use too much Yoki, they “awaken,” becoming a super-Yoma called an Awakened Being. The act of awakening is likened to the feeling of sexual climax, so while both male and female warriors existed in the past only the women proved to be successful warriors and so the creation of male Claymores stopped altogether.

This series is one of the most similar to the KnY in this list. There are humans who turn into demons who eat humans. There is an organization aimed at hunting down and killing demons. Our main character family is also killed by these evil creatures, making our main character turn to hunt for revenge and join the extermination organization. 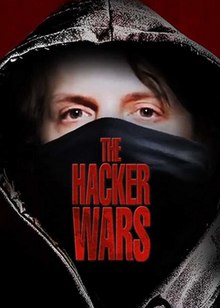